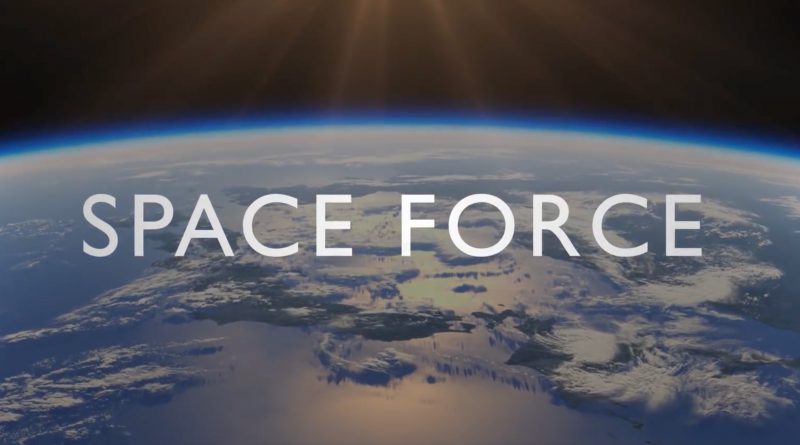 Following Clémence’s steps and her note regarding the anouncement of a french air and space army, I wish to shed some light on the matter as well with a U.S. perspective and their Space Force. The latter was announced by Donald Trump last June 2018 and, interestingly, it will apparently be maintained by the new President Joe Biden. Instead of sticking to reality in order to analyse the feasibility of the said project (see here for such endeavour), let’s jump into Netflix’s fictional world with Steve Carell’s and Greg Daniels’ TV show launched in May 2020 : Space Force.

General Naird, the main character played by Steve Carrell, is promoted as chief of space operations by a somewhat not-so-fictional President (largely inspired, obviously, by Donald Trump) with the intention of deploying the U.S. space force on the moon by 2024. A tremendous project summarised in the show by a tweet of the President : Boots on the moon!

As we could have expected from the creator’s of The Office, the show aims at mocking Trump’s project : its technical feasibility as well as its legal feasibility. The first episode, for instance, addresses an issue raised by the first article of the 1967 Space Treaty which permits only « scientific investigation in outer space ». In order to push aside this legal obstacle, General Naird and Dr. Adrian Mallory (interpreted by John Malkovich) decide that the unit sent on this celestial body will be soldiers… officially disarmed and on a scientific expedition !

While seemingly compatible with the peaceful use of outer space, this bad faith position quickly falls apart after the irruption of a conflict between the United States and chinese scientists who already established their base on the moon (episode 10, « Proportionate response »). This very dispute brings to our attention various legal issues which are going to be the focus of the following note.

Peaceful use of the Moon and the space force

Shortly after the establishment of their base on the Moon, the U.S. enter in conflict with their chinese neighbors. The source of the conflict ? An « attack » launched from China to the american flag planted by Armstrong in 1969. The recording of this provocation makes one thing clear : such act, although inamical indeed, is far from amounting to an armed attack which permits the exercise of the United Sates’ inherent right to self-defence according to article 51 of the United Nations Charter. Yet, a small grievance for mankind, a giant shock for the U.S, the Secretary of State Defense organise a meeting with all six chiefs of staff of forces (land, marine, air etc) in order to determine a « proportionate response ».

It follows a dialogue where humour and international law intertwines perfectly :

The first thing we ought to notice is how quickly the protagonists mobilise law, both U.S. and international, to condemn the trampling of the flag. More specifically, they consider all uses of force one could think of : bombing, invasion of china, the use of nuclear weapons, even though they seem perfectly aware of the illegality of such use. We can even hear one protagonist complains : « All those weapons we’re not allowed to use! ».

Fortunately, General Naird quickly makes reference to the 1967 Space Treaty : « Look, this happened in space, so the response must be in space as well. (…) We signed an international Outer Space Treaty. Any sort of violence, and we break that treaty ».

Article IV paragraph two stipulates that « [t]he Moon and other celestial bodies shall be used by all States Parties to the treaty exclusively for peaceful purposes ». The 1979 so-called « Moon agreement » appears much more precise on the matter in its preambule where States Parties express their desires « to prevent the moon from becoming an area of international conflict ». Its article 3(1) reiterates the peaceful-purpose principle and the second paragraph prohibits « [a]ny threat or use of force or any other hostile act or threat of hostile act on the moon ».

Interestingly, the prohibition contained in article 3(2) is much broader that the prohibition to resort to force or the threat of force contained in the article 2(4) of the United Nations Charter, which was already wider than the prohibition of war contained in the League of Nation’s Pact. Since the 1979 Agreement forbids any hostile act, it seems possible to consider the illegality of any inamical act and not only to acts constituting a use of force. In this particular case we could argue for the illegality of the trampling of the U.S. flag under article 3(2) aforementioned while leaving article 2(4) of the Charter intact.

It would therefore be possible to adopt countermeasures upon which article 51 of the Draft articles on Responsibiliy of States for Internationally Wrongful Acts requires to respect a criterium of proportionality, as mentioned by General Naird. Yet, with the United States and China not being signatories of the said treaty it does not seem possible to invoke the stipulations of the Moon Agreement except if we prove their customary nature. Such undertaking, as is famously known, requires to demonstrate that the 1979 Agreement codifies international customary law or at the very least crystallise such norms. Those are difficult to display as only eighteen States are parties to the Agreement and that they are not even the ones possessing the technological means necessary to explore space – meaning it is hard to argue they are States « whose interests were specially affected » by the treaty (as the ICJ puts it in its 1969 Judgement on North Sea Continental Shelf, §73).

However, both the United States and China recognised the peaceful purpose of Moon exploration when they accepted to be a party to the 1967 Treaty (respectively in 1967 and 1984). Such purpose does not sit comfortably with the « proportionate answer » suggested by Space Force protagonists. It could still be argued, through an extensive interpretation of the article IV of the space treaty, that the principle of « peaceful purpose » entails the prohibition of any hostile act on the moon, as stated in the 1979 Agreement. General Naird could then adopt countermeasures against chinese authorities and their trampling of the flag.

In addition to the proportionality requirement mentioned earlier, various conditions must be met when adopting countermeasures according to Article 52 of the 2001 Draft articles. The United States should, for instance, offer a chance to negotiate with China in good faith before adopting those measures : a scenario the protagonists ellude at the very begining of their meeting.

Eventually, upon President’s insistent request, the protagonists choose to destroy the chinese scientific base on the Moon while making sure not to harm any scientists and to welcome them as refugees on the U.S. base. Irrespective of the apparent intention to act under the threshold imposed by article 2(4) of the U.N. Charter, the solution adopted is manifestly contrary to the peaceful-purpose principle as well as it is contrary to the conditions needed for the enactment of countermeasures (especially article 50(1)(a)).

The show is truly worth watching as it tries to interrogate Space Force’s feasibility under international law as well as it questions the truth behind political rhetoric. It captures discussions which will necessary happen as the real U.S. Space Force is put in motion in the near future. Let’s illustrate our conclusion with a dialogue between two States’ representatives-scientists : Dr. Mallory reminds his chinese peer the impossibility for China to appropriate the Sea of Tranquility – the landing site of Apollo 11 – because of the Article II of the 1967 Treaty.

The answer provided by the chinese scientist gives the United States a taste of their own medicine as it reminds us of the ambivalent position defended by the latter concerning the respect of the peaceful-purpose principle : « not a claim ! We simply occupy an area of scientific study. We study lunar temperature, and you landing to the crater will change the temperature. Go see other craters. Thank you. Stay away. Thank you ». 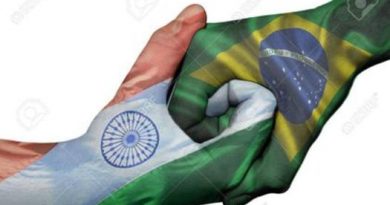 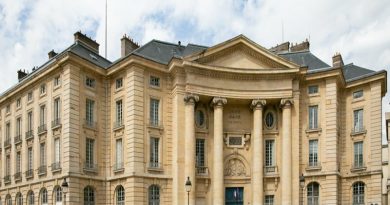