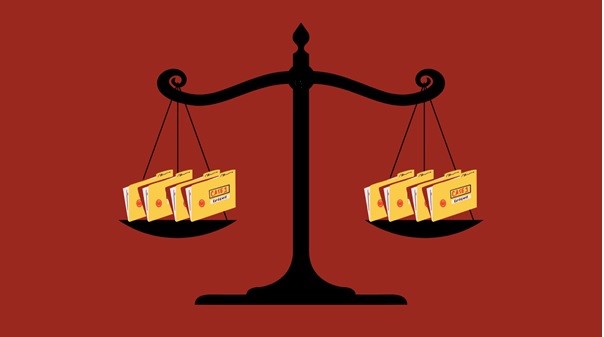 “[…] In order to avoid the development of arbitral jurisprudence which would have the effect of establishing precedents that might hinder arbitrators in the future, it was decided never to publish the text of awards rendered in the name of the Court of Arbitration of the International Chamber of Commerce [1]” (we underline).

Ninety years after these lines were written by René Arnaud, the first Secretary General of the ICC Court of Arbitration, the latter has announced its decision to publish arbitral awards in a Note to the Parties in 2019 (revised in 2021). Accordingly, all awards rendered on or after January 1st, 2019 will be published in their entirety except in cases where the parties are bound by a confidentiality agreement or object to the publication. These awards may of course be anonymized or pseudonymized upon request of the parties. I will notice in this regard that the first publications were scheduled for April 1st 2021, but no award was available at that date on the publication platform provided for this purpose, because the parties did not give their consent to the publication on an opt-out basis.

This article explores the debate on the existence of arbitral jurisprudence and evaluates the ICC’s initiative in that respect. Readers may refer to the ICC notes cited above for more information on the terms of publication.

Why is the decision to publish arbitral awards in a systematic manner relevant to the debate on arbitral jurisprudence? The subject of publication has been debated since the creation of the ICC Court in 1923. While a number of authors have discussed the advantages of such an initiative, the one who made it a reality is Alexis Mourre, the current President of the Court. This should come as no surprise to commercial arbitration initiates, as Mourre already wrote in 2009: “precedent in arbitration is, from that perspective, a rule-making mechanism comparable to that of trade usages. For that rule-making mechanism to operate, it is necessary that arbitration awards be available in sufficient quantity to permit the emergence of trends and the distinction of lines of identical or similar solutions”.

According to the prevailing doctrine on the subject, for a real arbitral jurisprudence to be established, these rulings must be sufficiently accessible and the consistency of reasoning on specific issues must be observed. It is also suggested that arbitral case law may develop only in cases where the arbitrator applies non-state rules, i.e. usages, international customary law, general principles of law and international conventions [2].

Can or should the systematic publication of awards lead to the emergence of arbitral jurisprudence? In order to give a brief explanation of the concepts used, I would like to clarify that case law is considered to be the same as precedent in modern legal theory. Under the framework of international law, precedent is not understood, as in the Commonwealth systems, in the sense of stare decisis obliging the operators of international law to apply past case law. Instead, the general principle in international law is that of the relative effect of decisions (effet relatif des jugements internationaux) rendered by international tribunals or courts (see Article 53(1) of the Washington Convention and Article 59 of the ICJ Statute).

However, one can observe the existence of a de facto precedent regime. Many international investment tribunals cite previous decisions in their reasoning [3]. After all, who has not studied the famous Salini award to learn the very definition of investment? The comparison is useful because, as is often the case with transparency, investment arbitration has been a pioneer in the publication of awards [4]. To admit the existence of a de facto regime is to accept the “persuasive” rather than “binding” force of precedent in international law. This acknowledgement would hardly be contrary to the principles of international law itself. That being said, this fact may not be sufficient to conclude the debate, as there does not seem to be a consensus in doctrine that a recurrent practice of references and citations to precedent is a sufficient basis for admitting the existence of an arbitral jurisprudence in commercial matters.

Professor Eric Loquin pointed out in an article published in 2003 that “arbitrators systematically use known arbitral precedents [5]“. So even before the systematic publication of awards, references to such awards (by the arbitrators, the parties or the doctrine) are already abundant.

This reality calls into question the relevance of the decision of systematic publication for the emergence of arbitral jurisprudence. I do not wish to settle the question, but I believe that it would be useful to briefly review scholarship from the second half of the 20th century on the very notion of arbitral jurisprudence. To this end, I would like to refer to the compilation made by Eric Loquin in the above-mentioned article, which draws our attention to the statements of authors such as Pierre Lalive, Antoine Kassis or Pierre Mayer. The latter insisted on the ontological impossibility of a system of arbitral precedent. The contractual nature of this form of justice and the lack of hierarchy would not enable arbitrators, whose role, according to Pierre Mayer, “is not to participate in the creation of a coherent system, but to render the best possible justice in the dispute submitted to them [6]“. Others such as Bruno Oppetit, Ibrahim Fadhallah, Philippe Fouchard, Berthold Goldman or Emmanuel Gaillard favour the idea of an autonomous lex mercatoria to which the arbitrator must contribute through his or her coherent decisions. Eric Loquin himself notes that “arbitral jurisprudence would consolidate the practices of international trade that it observes”.

Even if the arbitrator is not assigned the task of contributing to the achievement of a coherent system, Eric Loquin asserts the degree of coherence of decisions, de facto. As an example, he cites the principle prohibiting arbitrators from adapting the contract to economic circumstances: a principle that is confirmed in almost all known arbitration awards except ICC Award No. 2291, which he describes as being an isolated case.

The remaining discussion depends on the purpose that the internationalist attributes to arbitral justice. If we accept that the very emergence of a body of case law would be contrary to the nature of arbitration, which is the contractual litigation between parties, one may also have to ask whether the parties in question really need arbitral case law.

Do the arbitration users really need arbitral jurisprudence? The well-known Dow Chemical award (1982) points out that a tribunal must make findings “consistent with the needs of international trade, which must be met by the specific rules of international arbitration, which are themselves developed successively” and that these decisions “progressively form a body of jurisprudence which must be taken into account”. If we accept that this is the case, the question arises as to how the systematic publication of arbitral awards can contribute to the establishment of consistent rules in international trade. In order to answer this question, Professor Kaufmann-Kohler notes in her 2006 Freshfields Lecture [7] that the need for both predictability and consistency is “more important than ever (…) at a time of painful transition from a bipolar to a multipolar world”.

Can arbitral justice benefit from systematic publication to improve the settlement of future disputes? In the light of the financial and economic crises triggered by the ongoing global pandemic, the need for predictability and consistency will certainly be very present, and this on a global scale. In this respect, I have noticed that a large number of claims were based on force majeure, hardship or ‘frustration’ clauses in relation to contracts affected by Covid-19. However, discrepancies between different legal systems have made it difficult for international trade operators to refer to these notions in an effective and coherent way. So, the following question arises: can one legitimately expect the emergence of a need for arbitral jurisprudence on the interpretation of contractual obligations in the context of the economic and public health crisis?

As a pioneer of systematic publication reform, Mourre wrote in 2008 that arbitral precedents may be crucial “where a particular legal issue has not yet been settled under the particular applicable law” or where “the interpretation of hardship clauses, which are unknown in many legal systems, [or] force majeure provisions and clauses excluding or limiting liability [9]” is at stake. It can be said that the opportunity has arisen to see whether arbitral awards rendered in the context of Covid-19 which are to be published will be referred to by arbitrators as arbitral precedents. It will be examined whether there is a need for publication on the part of users. Finally, it will be assessed whether it can help users to better anticipate what to do when events they have not anticipated occur. The answers to these questions will be given in no less than two years, as this is the time period between the date of publication and the date of the arbitration decisions. In the cycle of legal progress, these publications may or may not result in a body of persuasive rules if the parties decide to contribute to it by referring to these rules [10].

While observing the technological progress and use of new tools for dispute resolution systems at an unprecedented pace under the sanitary context, maybe we should ask ourselves a final question. In a future where all arbitration decisions are available and accessible, but also analysed by an artificial intelligence (AI) capable of operating a certain form of predictive justice [11], how will arbitral justice evolve? I would like to encourage the scientific community and the international arbitration community to think about this issue. I would be happy to hear your feedback. 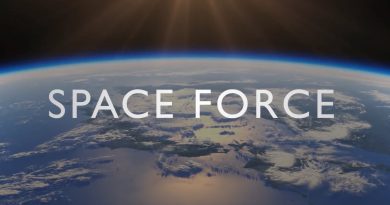